In August 2015, Boca beat Guaraní Antonio Franco by 4-0 (Copa Argentina, Round of 16). Even though goals were not scored through set plays, it was very clear that Boca did try to exploit them, especially by leveraging on Fernando Tobio´s heading skills.

Take opponents out from the box

To do so, Pablo Pérez stood near the corner taker (Tévez). Inevitably, two Guaraní players had to get out of the box to prevent them from playing short. 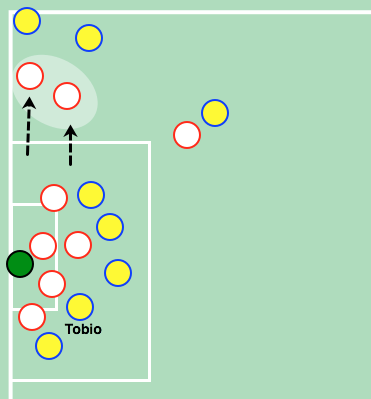 Tévez y Pérez stand together near one of the sides. Guaraní has to assign two players out of the box, near them.

Clear the center by moving towards first or second post

Boca players will offer Tobio a more favorable context to head the ball by running towards the first or second post. With that, Tobio maximizes the chances of playing 1v1 in the center. 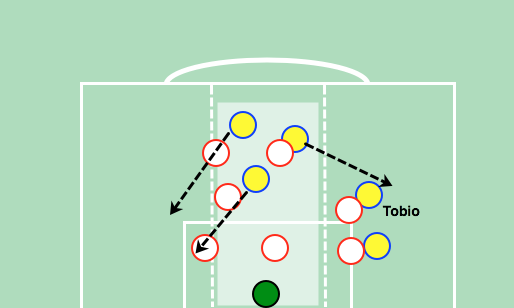 Optimal context for Tobio in the center

Tobio will take advantage of the clear zone to be able to head the ball. 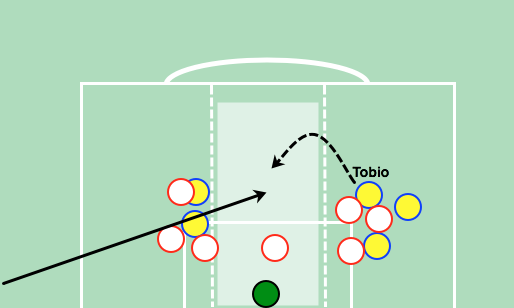